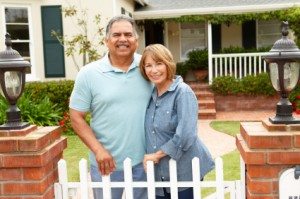 Home oil refers to liquid petroleum with low viscosity. It’s used to heat homes across the world. Also known as #2 oil, it is typically delivered to you by a tanker truck and stored below ground or in the basement.

Before 1885, most American homes were heated with wood-burning brick fireplaces. Then, in the early 19th Century, coal took over from these fireplaces as the main way to heat homes. It wasn’t until 1935 when the forced air furnace was invented that home oil became the most common fuel used by Americans.

Heating oil is similar to diesel fuel in that it is a blend of hydrocarbons derived from petroleum. It is made through a distillation procedure, during which the petroleum is separated into individual parts. Distillation typically takes place at a petroleum refinery, where the process is performed at a steady rate.

Weather plays a major role in the demand for heating oil, and obviously, greater demand is created in harsh winters. As the demand wanes during summer, refinery output decreases.

At Bumgarner Oil, we have been providing industrial businesses, gas stations, and residential homes in Western North Carolina with wholesale and retail sales of home heating oil, kerosene oil, automotive and industrial lubricants, and more since 1954.