Home > About oil-based fuels > What Is Kerosene Oil and How Is it Commonly Used?

What Is Kerosene Oil and How Is it Commonly Used? 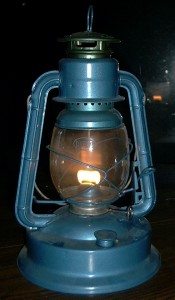 Kerosene oil has been used since the mid-19th century, when it replaced whale oil as a lighting fuel. Even though its use for lighting has been replaced by electricity in most parts of the world, kerosene oil lamps are still in use. There are other terms for kerosene oil, including paraffin, fuel oil number one, lamp oil and paraffin oil. Originally, kerosene oil was produced from coal and was often referred to as coal oil. Today, it is made from petroleum oil through fractional distillation.

While kerosene is not used as much for heating, it is still used in portable kerosene room heaters. It is also used for some appliances, such as kerosene stoves. Although rare, there are also kerosene refrigerators and other appliances that use kerosene to operate.

Care should always be taken when using kerosene for heating, cooking or lighting. It does have a low vapor pressure (high flash point) compared to gasoline or LPG, and thus has a lower risk of explosion. However, care should be taken to avoid a fire with any open flame, as spillage can result in a rapidly spreading fire. It is wise to keep loose-fitting, flammable clothing away from a kerosene oil lamp or cooking apparatus.

Probably one of the most common uses of kerosene oil is as lamp oil. Households living in areas where there is danger of power outages should have a few oil lamps and a supply of kerosene oil on hand, taking care to store them properly. People in areas that experience cold winter temperatures and rely on electricity for heat should also consider having a kerosene heater available as a backup.

For kerosene oil in Hickory NC, contact us at Bumgarner Oil. We have been servicing gas stations, commercial contracts, and residential homes since 1954. We’re a local oil company that you can trust!

Leave a Reply What Is Kerosene Oil and How Is it Commonly Used? Cancel reply

At Bumgarner Oil, we have been providing industrial businesses, gas stations, and residential homes in Western North Carolina with wholesale and retail sales of home heating oil, kerosene oil, automotive and industrial lubricants, bio diesel fuel, and more since 1954.